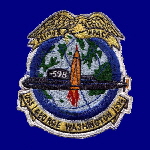 Named for the Nation’s first President, who was “First in War, First in Peace, and First in the Hearts of his Countrymen”, USS George Washington was the first of the “Forty-One for Freedom”, Fleet Ballistic Missile (FBM) Submarines. 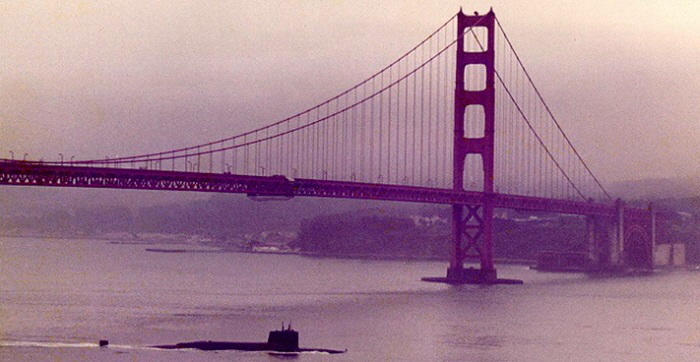 In 1957, during the height of the Cold War, in New London, Connecticut, the keel was laid for a new submarine, named the USS Scorpion.  At that time, a new type of sea launched, solid propellant, nuclear ballistic missile was developed.  A new class of submarines would be designed for these new Polaris missiles, but they would take time.  In order to get this new missile to sea as soon as possible, Scorpion’s keel was cut in half, and an additional 130’ missile section was inserted.  The boat was renamed USS George Washington.

The “Georgefish” was launched on June 9, 1959, and was sponsored by Mrs. Robert B. Anderson.  It was commissioned in December 1959.  On July 20, 1960, the Washington made history when it became the first submarine to launch a Ballistic Missile while submerged.  Later that year, the Washington left Charleston with a full complement of 16 Polaris missiles to conduct its first “Strategic Deterrence Patrol”.